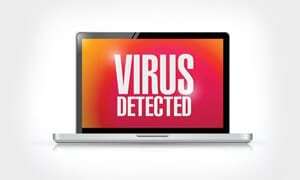 Computer viruses are something you wouldn’t want to have on your computer. They are malicious software designed to cause damage once your computer’s infected. Viruses intrude computers using various methods which often cannot be detected by the user such as; email attachments, websites containing malicious data and file downloads. They are hard to git rid of and that is when a good antivirus software comes at hand.
In addition to equipping your computer with the best antivirus software, knowing what you stand up against is also preferable as it help making your antivirus purchase decision effective.

Here are the most common computer virus types and how they can infect your computer.

Macro viruses automatically infect files that contains macros, such as, doc, pps, xls and mdb. Macro viruses also infect templates that are contained in the file itself. A good way to know if a file contains macros is if the yellow message bar appears when you try to open the file.
Macro viruses are hidden in shared documents through emails and networks.

Trojans, so called after the mythological Trojan horse, is best known for secretly tracing login information of users online by disguising itself as harmless. Trojans are not viruses but malicious codes, which without the protection of a strong antivirus software can cause theft of sensitive information.
Trojans can easily employ a form of information security and might seem highly useful in order to encourage victims to install them on their computers.

Malicious software, malware in short, is an intrusive software aimed to cause harmful damage by a computer’s legitimate user, which can also unknowingly be you. Malware most common form are computer viruses that spread by making copies of themselves. There are various types of malware, such as, spyware, worms, and keyloggers.

A type of mal-ware that transmits personal information, such as credit card and bank account information.

Rootkits are another type of mal-ware designed to steal financial information and generate enormous amounts of spam. As they often change their form, they are very hard to deal with. Their “back door” remote command allows them to control a computer, execute files and monitor someone else’s activity.

A type of virus that mainly infects and causes computer damages by replicating itself.
Unsecure downloading from an untrusted source can get worms into your computer. They often appear as toolbars, screensavers, and downloaded torrents. The worms usually installs more mal-ware as it spreads itself on your computer, and most chances you’re not using a quality antivirus or anti malware software to protect your PC.

This virus spreads by hiding itself in emails and intruding computers when recipients open the email. Best prevented by paying extra attention to emails received from an unknown suspicious source.

This virus is considered to be the most dangerous one and is mainly characterized by infecting computer files and deleting the information they contain. Once those files are infected, they are partly or completely useless. The file size does not change, even though all its info is erased.
These type of viruses are very hard to detect and can only be prevented with an advanced antivirus and backup installed.

These type of viruses usually reside inside the computer’s memory and get activated each time the operating system runs. This way they also infect and corrupt other files and programs that are opened, closed, copied or renamed.

This type of virus is generally located in the hard disk’s root directory. It might confuse the user by changing locations and it is executed by replicating itself. It infects files and folders specified in the AUTOEXEC.BAT.

These viruses infect the computer’s directory. Directory viruses change the paths that indicate the location of a file, so you might unknowingly run the virus program instead of the original one. Programs and files infected by this virus usually have .EXE or .COM extensions.

Securing your computer from viruses is highly important and should be taken seriously, otherwise, you might not like the result. Make sure you have the right kind of antivirus software to protect your computer and save you time and money fixing it.

Alex has paved a successful path as a software developer, with eight years of experience in the field. He is a master in his field, specializing in developing software components and improving malware detection. Alex has acquired vast knowledge in the area of cyber security, and is always looking for ways to share his knowledge.

This website is an informative comparison site that aims to offer its users find helpful information regarding the products and offers that will be suitable for their needs. We are able to maintain a free, high-quality service by receiving advertising fees from the brands and service providers we review on this website. These advertising fees, combined with our criteria and methodology, such as the conversion rates, our team of reviewer's finding and subjective experience and product popularity, impact the placement and position of the brands within the comparison table. In the event rating or scoring are assigned by us, they are based on the position in the comparison table. See our How we Rate page and Terms of Use for information. The reviews, rating and scoring are provided “as-is” without guaranties or warranties regarding the information contained in our website, which shall not be considered as endorsement. We make the best efforts to keep the information up-to-date, however, an offer’s terms might change at any time. We do not compare or include all service providers, brands and offers available in the market.

What is a digital footprint and why is it important?
Quick Links
Contact Us

Our goal is to provide answers to all of your questions so you can make a confident purchasing decision. We welcome your feedback, so please email us at service@top5networks.com with suggestions and questions. We’d love to hear from you!